Well last weekend the summer unfortunately arrived at last. Now don't take me wrong here I do love warm weather and sunshine; having regularly been heard to contemplate moving South to warmer climes and having come very close to doing so during several cold British summers believe me I love warm weather. My problem is that I'm never satisfied, the sun comes out and the wind disappears. Is it too much to ask for sunshine and wind? Well this weekend it evidently was.

The Met office was obviously having a bit of a moment when they put out the inshore waters forecast. They managed to get the Northerly backing South Westerly bit right and the sea state of slight was not too far out (well maybe a bit over the top) but the force 2 to 3 occasionally 4 was well off the mark.

We left Axmouth just before 0900 and headed west at a gentle 2 and a half knots. 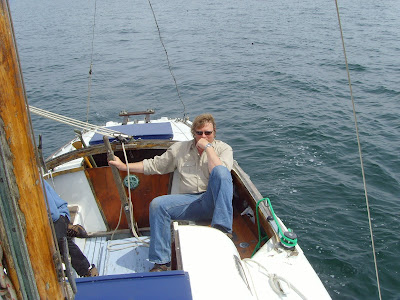 A pretty relaxing sail by any standards, in fact for a large part of the day Epenetus sailed herself with only minor corrections to course, while we all took it easy. 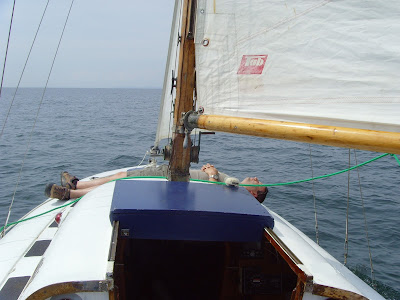 Some more than others as you can see.

Epenetus wandered on all day whilst we all attempted to count the amazing number of Jellyfish floating by. 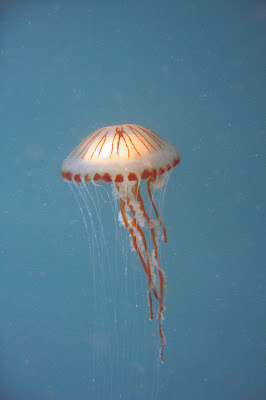 Despite numerous attempts at photographing these beauties I had no success so the picture above is a stock image. We gave up counting at thirty. I've never seen so many in one trip before, I would suppose it was just that the water was so calm that they were easy to see. 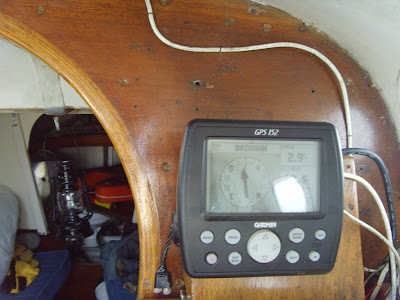 With about twelve miles still to go we had cause for celebration, a massive 2.9 knots. We did at one point after this make the dizzy heights of 4.2 knots but not for long. We eventually arrived in Brixham at 1930 after ten and a half hours of very relaxing sailing. 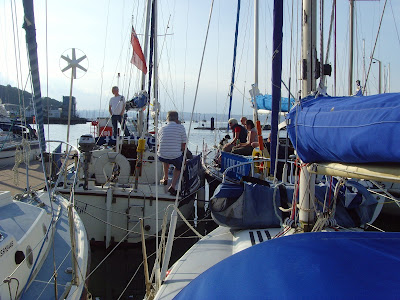 The events pontoon was its usual social self with wine and good company a plenty. So we made the most of it, plus of course fish and chips from Nicks a real must for any trip to Brixham. 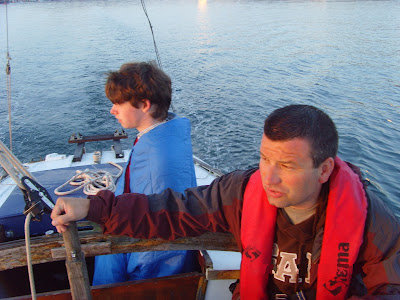 Sunday morning and we were away again in time to watch the sunrise. 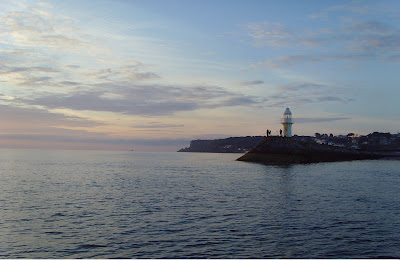 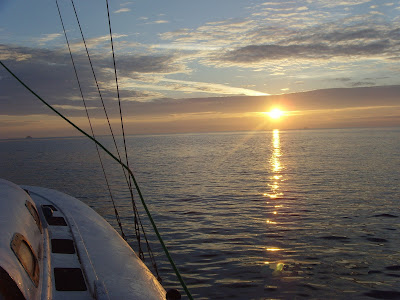 We watched the sun come up and hoped what little breeze there was would increase. 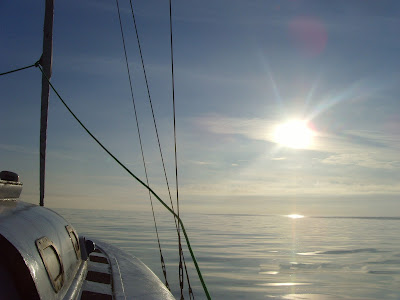 Our hope was in vain because as the sun rose what breeze there was died. 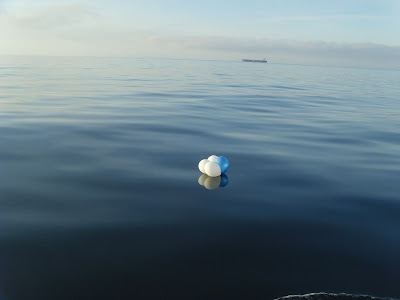 As we motored home we had no jellyfish to count, just balloons!

Posted by Unknown at 6:26 PM No comments:

"Welcome to Devon where it rains six days out of seven"

Well it seems that way at present. This Friday night and through into Saturday the heavens opened and to add to that we had some very big tides; the result was chaos.

We went down to the harbour just before high water and things at first didn't seem too bad. 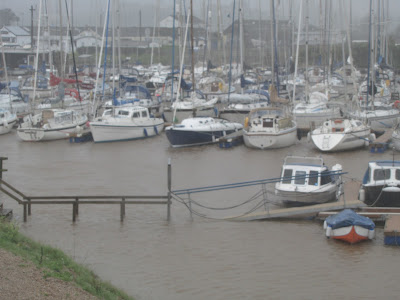 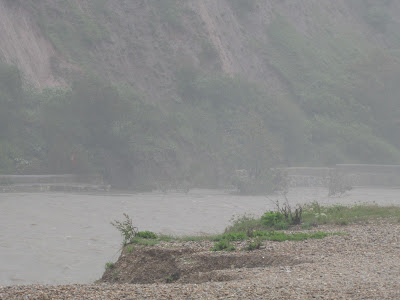 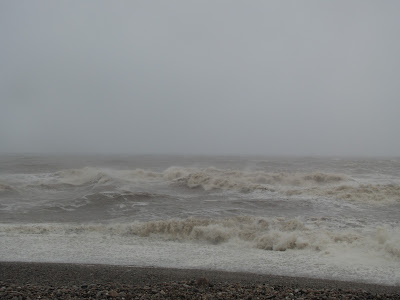 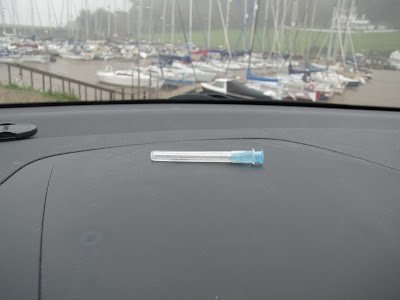 The usual rubbish from the MSC Napoli was washing up on the beach, BMW parts, syringes and hypodermic needles. 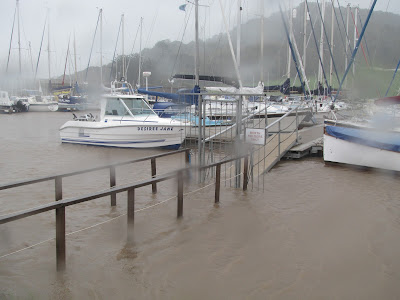 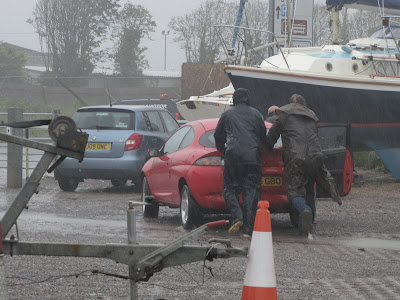 There was the odd car to push out from the flood water but all in all everything was well with the world, if a little wet.

Then the tide turned and the river started to flow 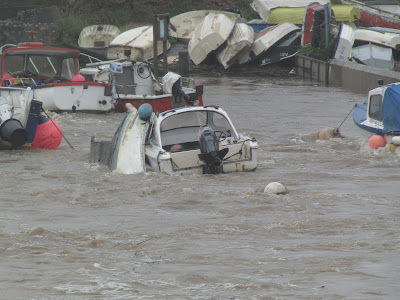 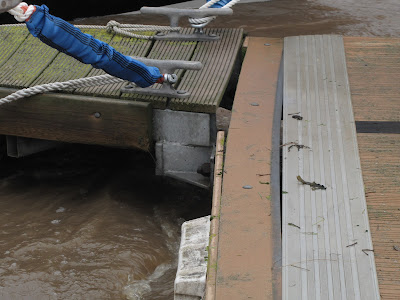 The pressure was flexing the steel on the main pontoon.

Left unchecked the finger would obviously break free so something had to be done. We managed to float ropes down from B pontoon and secure the finger to the digger on the bank and B pontoon. Whilst we were doing this the luckiest boat of the day came down the river. Under the bridge and past the trots without touching anything whilst dragging its mooring it came to rest when its mooring snagged on something leaving it safely moored in the centre of the river where it stayed untill being moved in the morning. 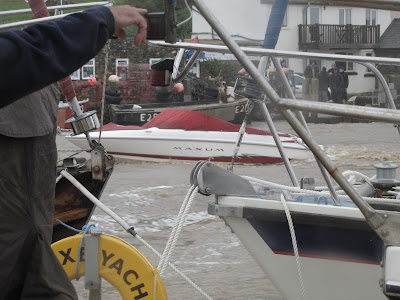 This Maxim should be renamed Lucky

"D" Pontoon moved with the current and the boat on the end of it "Aquaholic" turned turtle and broke free. Off it went down the river and out to sea upside down. Due to the strength of the South East wind she drifted West and not out to sea eventually washing up at Seaton Hole later that night.

As the day went on several other boats broke free from the trots and went out to sea. At one point "Kestrel" a small fishing boat, went out of the river mouth with two sunken boats still fastened too her by the trots which had given way. Amazingly Kestrel eventually washed up at Seaton hole still upright! I can only conclude that the other boats provided a form of keel for her.

Come high water everything calmed down again but not for long because by 0100 another boat broke free and headed off to sea alone.

Come daylight and it was a different world. 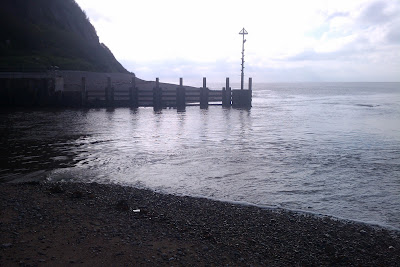 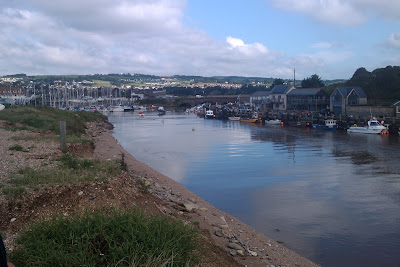 What a gorgeous morning

It was time to start a clear up and recover what we could. Greg's boat had sunk on the pontoon so it had to be recovered. Not a good day for Greg who is away on holiday as his house had flooded as well. 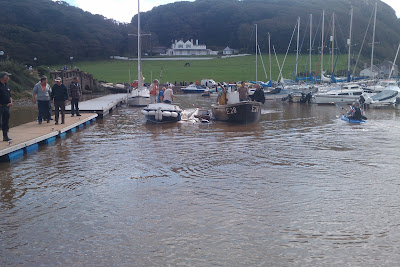 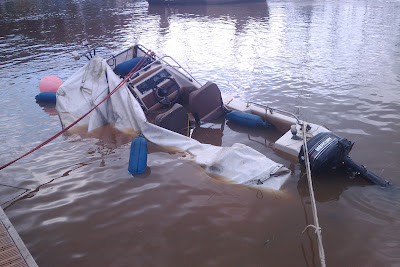 Beached on the slip an awaiting low water

After a cup of tea it was time to head down to Seaton Hole and recover the boats washed up there. 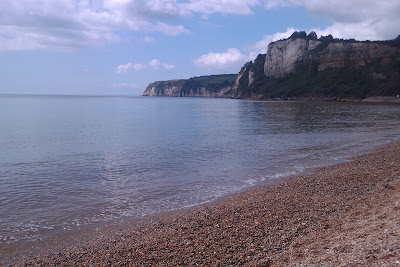 Hard to believe the weather of the previous day 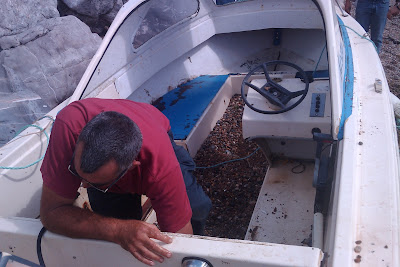 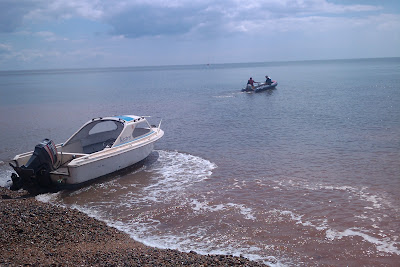 Battered and bruised but heading back home behind the club rib 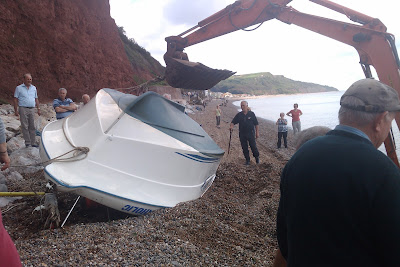 We needed the digger to turn Aquaholic back over 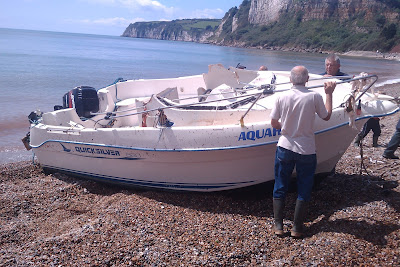 What a state with the wheel house gone and engines smashed 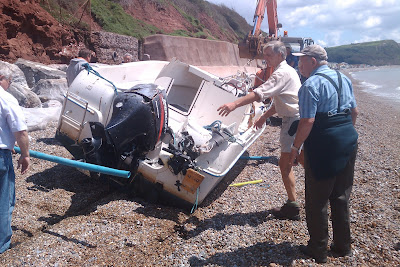 With the tide now falling we towed Aquaholic down the beach using rollers as skids. At Fisherman’s Gap we loaded her onto a trailer by lifting the bow with the digger and winching with the the Landrover winch.

All in all quite a weekend but you have to feel for those who have lost their boats. Nature has its way of showing us from time to time just how powerless we really are.

The news today is that one of the fishermen has found a boat about twelve miles out in the channel, as yet we don't know any more than that but lets hope that its good news for someone.